Since one of the main objectives of this project is the creation of an active perception unit for the detection of objects with high accuracy for further manipulation, it is fundamental to demonstrate the capability of replicating the bin-picking process in different settings. To do so, the robot together with the Kinect and the laser sensor were placed on a mobile platform which belongs to the ROBONUC platform. The ROBONUC was developed in the Laboratory for Automation and Robotics (LAR) for the combination of a mobile robot with a manipulator. Therefore, this platform is composed by the Robuter II which is a mobile platform and a FANUC manipulator. The following sketch and picture show the manipulator with the developed vision system already on the the Robuter II. 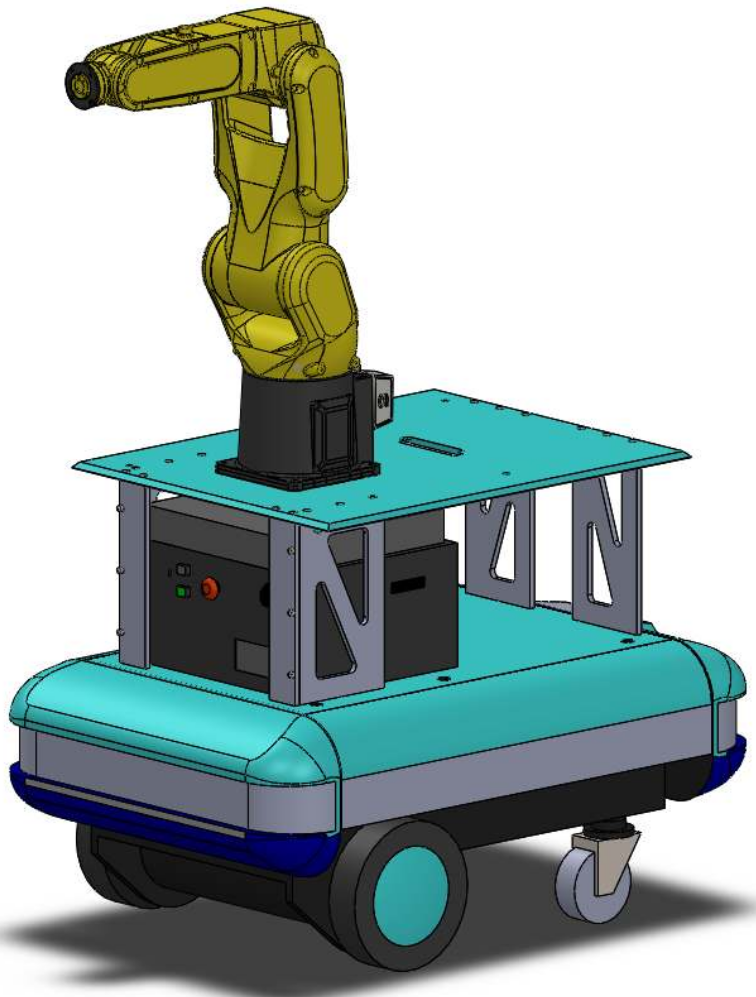 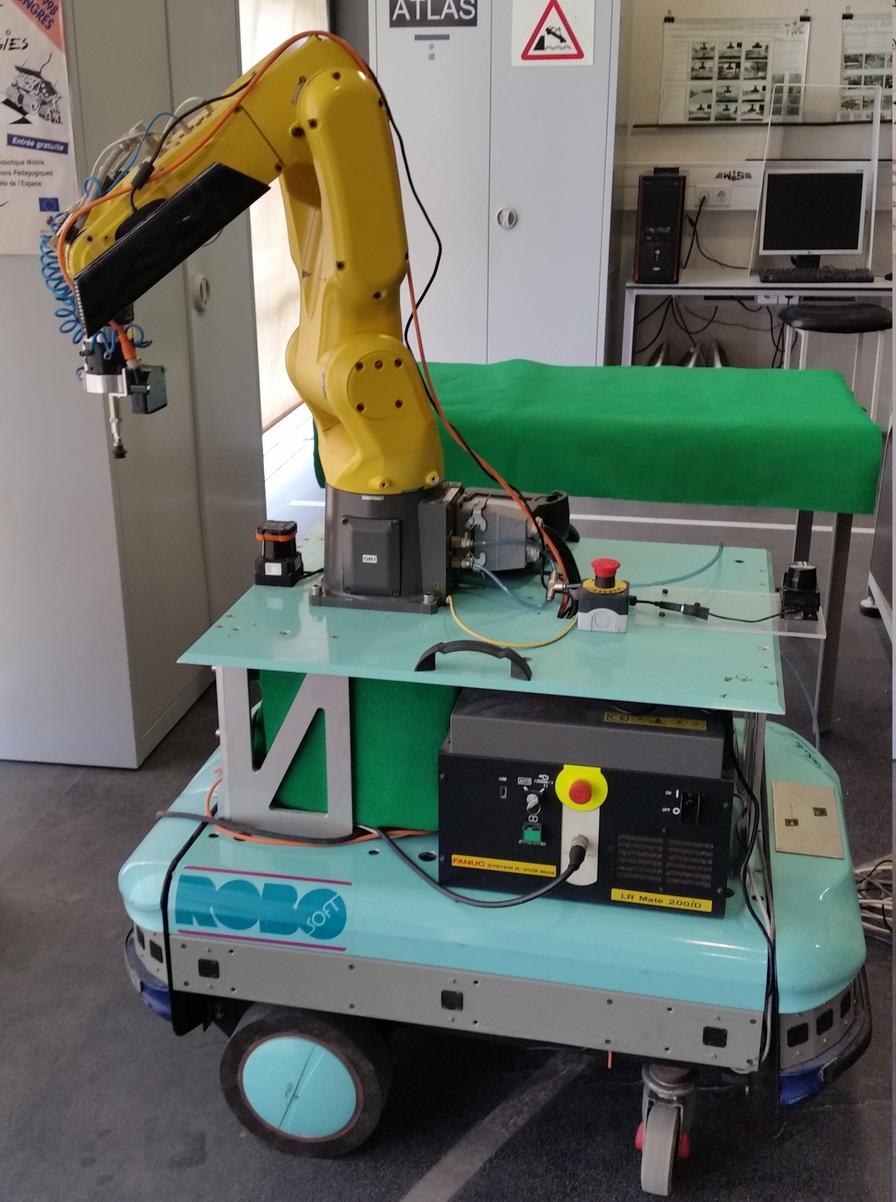 The demonstration was performed similarly to the previous tests after the mobile platform moved itself closer to a table with different scattered objects, placing the manipulator in the correct position to perform the bin-picking process of the objects. The results obtained in this demonstration were similar to the ones from the fourth test, thus demonstrating the potential of this bin-picking process in different settings.